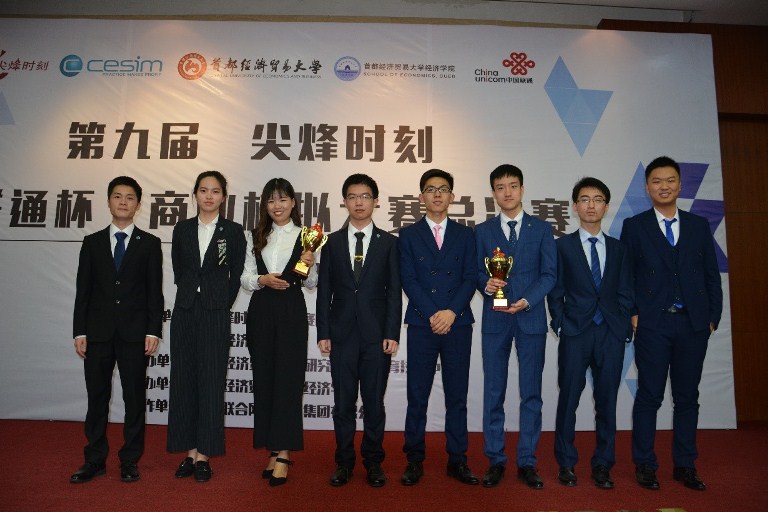 The contest formally started in November, 2016 and about 2,000 students in 650 teams from around 100 universities across the country signed up to participate in the 5-month competition. After strict selection in the preliminary and semi-final rounds, 42 teams from 32 universities made it to the final. The final consisted of 3 parts: Online Simulation, English Presentation, and Business Case Demonstration. 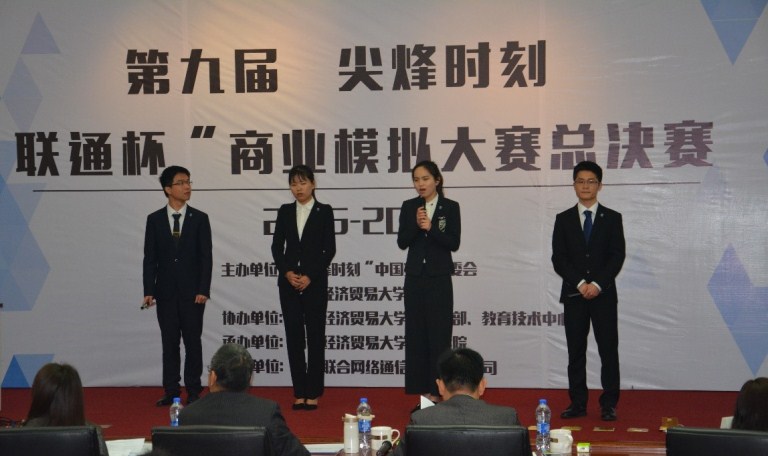 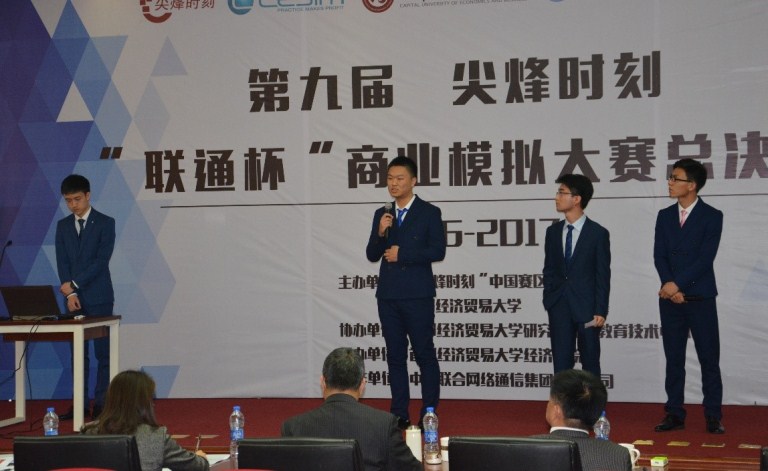 A completely new business competition simulation platform was adopted in the simulation part this year, and the business case demonstration part was evaluated by a judge team composed of scholars from universities and entrepreneurs. After receiving the handbook for decision-making, in order to be more familiar with the operation system, the two teams from USTC studied the handbook all night long and discussed how to make decisions. During the match, team members of SOM USTC worked closely with each other and mutually cooperated to make decisions, their positive spirit and teamwork skills displayed before judges and the other teams from fellow  universities all over the country. 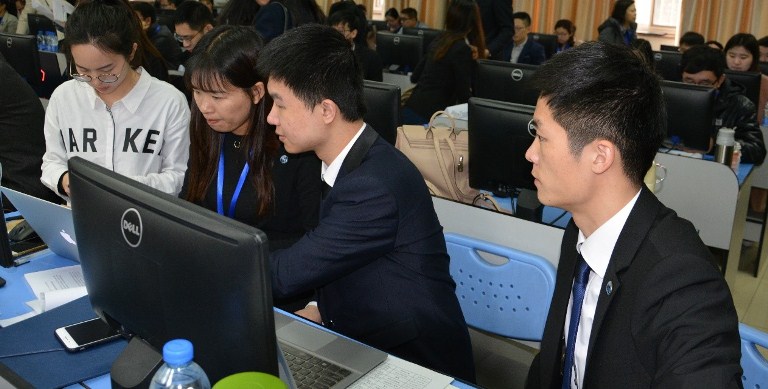 Though the schedule was tough, team members generally expressed their satisfaction with the harvest from this contest. Their knowledge system grew rapidly and was put into use, with their willpower and wisdom strengthened through the whole match period. Furthermore, the promotion of their ability in leadership, teamwork, and effective communication strengthened their sense of innovation and practical application of theory. The experience, filled with hard work, cooperation, and friendship, was both priceless and memorable.

“Peak Time” is one of the biggest international business simulation contests in the world. Organized by the Stockholm School of Economics, the competition is becoming an important match for students from top business schools all around the world to communicate and cooperate. Since the Chinese branch of the contest was started in 2008, it has been successfully held 9 times, with positive response from top universities around the country. Internationally, the contest attracts the participation of thousands  of excellent students from all over the world. Participants need to have the ability to solve all kinds of assignments and problems in real-life business activity using theory and analysis during the virtual simulation. The main purpose of this contest is to foster a competitive environment for entrepreneurs and provide a forum for inviting distinguished business people from several countries to give speeches and share their experience. Not only students are attracted to take part; many famous scholars and senior management staff from world-known firms are also attracted to engage in the communication and discussion.

In recent years, to develop talents with a strong theory basis and practical ability, the School of Management has adopted university competition as a platform to create more chances for students to put their learning into practice, with aid from the SOM youth league committee branch, student union, postgraduate union, etc. As a result, the School of Management organizes student participation in various contests at home and abroad, performing excellently in several contests like “The Challenge Cup” and “Peak Time” Business Simulation contest among others, which shows the competitive power of the USTC School of Management.