From January 31 to February 1, 2015, the 35th International Management Challenge had the 19th China Conference Finals in Beijing. Rui Feng, deputy party secretary of the School of Management of USTC, and Duan Yuanying, the deputy director of the MBA center, led the 2 USTC teams which took part in the finals. In the final, the two teams, which were made up of 10 MBA students in the School of Management, both ended up in the top 8 and both won the first level prize. Zhang Shengliang and Zhu Ning, teachers of the MBA center, obtained the “Gold Medal Teacher” title. In addition, the School of Management of USTC won the first prize in the national competition, the Best Organization Award, the East Division title, and other organizational prizes. 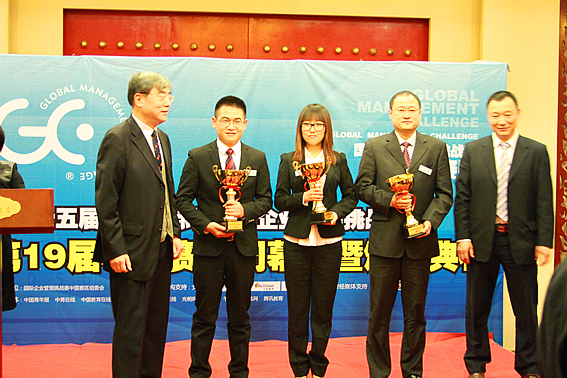 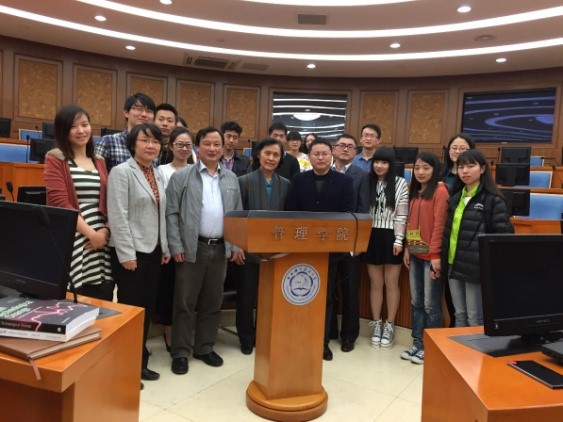 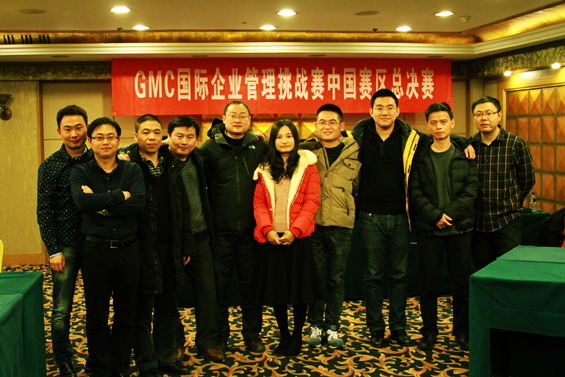 The 35th International Management Challenge’s 19th China Division competition started on September 3, 2014 and ended on February 2, 2015, lasting for 5 months with more than 2000 teams from 150 colleges and universities taking part. The competition was divided into the preliminaries, the semi-finals, quasi-finals , and finals. The USTC preliminary round began November 3, 2014, with 76 teams of USTC taking part and 54 of them qualifying for the next round. The semi-final rounds began December 5 and 21 teams from USTC took part in the match, ending with 10 of them successfully moving on. In the semi-finals held on January 3, 8 USTC teams took part and 3 of them qualified for the next round. According to the regulations of the contest organizers, at most 2 teams from a school can participate in the final. In the last semi-final held in Beijing on January 31, 2015, the 2 MBA teams from USTC spared no effort and finally stoodd out among the 16 teams, both ending up in the top 8. The finals were held on February 1.  MBA students Shi Mingchen, Ou Jinfeng, Ma Li, Liu Jun, and Zhang Lin set up team "Yi" together, and Huang Yonggang, Yu Yajun, Wang Qingsong, Tian Jing, and Luan XiaoHu set up team “Skip” together. Both teams gave excellent performances, and they both won the first prize on behalf of USTC. 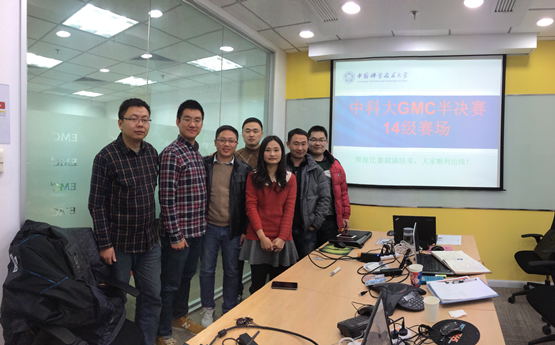 The Global Management Challenge is a management simulation competition which is held across 5 continents and is officially certificated by the European Foundation for Management Development (EFMD). It is regarded as the Olympic Games of enterprise management simulation. It aims at improving the level of global business management and business simulation teaching through simulation methods, and making enterprise management more standardized and scientific. More than 90,000 teams and 400,000  people have participated in the competition since the first competition was held in 1980. The event was introduced into China in 1995 and has been held for 19 consecutive years. Participation has grown from 70 teams in the first year to the present scale of more than 2000 teams and the cumulative number of participants has reached more than 100,000 people. Taking part in the GMC can greatly increase the contestants’ ability to apply commercial management theory, team cooperation consciousness, organization ability, and decision making skills. It is an effective way to cultivate and exercise professional managers. Achieving a ranking in the GMC competition and winning a prize is not only an honor, but is also conclusive proof of strong decision making ability and practical ability in a simulated business environment.